Friday, September 4, the representatives of the Ministry of Defense of the Republic of Indonesia arrived on an official visit to the technical base of Ukrainian Armor. The delegation was headed by Air First Marshal, H.E. Mr. Nicolas Ponang Djawoto and his Excellency Prof. Dr. H. Yuddy Chrisnandi, S.H., M.E., the Ambassador Extraordinary and Plenipotentiary of the Republic of Indonesia to Ukraine.

The representatives of the defense and diplomatic agencies of the Republic of Indonesia visited the production facilities. They took a look at the company’s products, namely MRAP Varta, APC Novator, artillery, and ammunition. The delegates demonstrated specific interest in the BMP-1 and BMP-2 modernization projects, and the newly-developed solution of BMP-Vartovyi, the tracked amphibious vehicle.

During the meeting, the Indonesian delegates marked the quality and technical specifications of Ukrainian Armor military equipment and weapons. They noted that, in their opinion, the company’s products were competitive in foreign markets and potentially interesting for the law enforcement agencies of the Republic of Indonesia.

“Though the global defense equipment market is a conservative one, our company is gradually becoming part of it, – noted Dmitry Polyakov, Ukrainian Armor First Deputy Director-General. – Manufacturing modern military equipment, we raise the quality and selection of special-purpose products in Ukraine to a new level and have the opportunity to represent the country internationally. We thank the delegates for their interest and credit, and do hope for long-term mutually beneficial cooperation in the years to come.”

The visit of the delegation of the Ministry of Defense of the Republic of Indonesia was facilitated by State Enterprise “Specialized Foreign Trade Firm “PROGRESS”, the official exporter/importer of military goods and services in Ukraine. 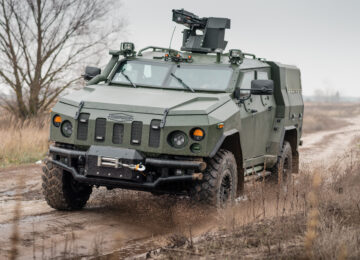 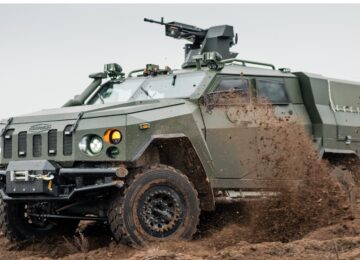